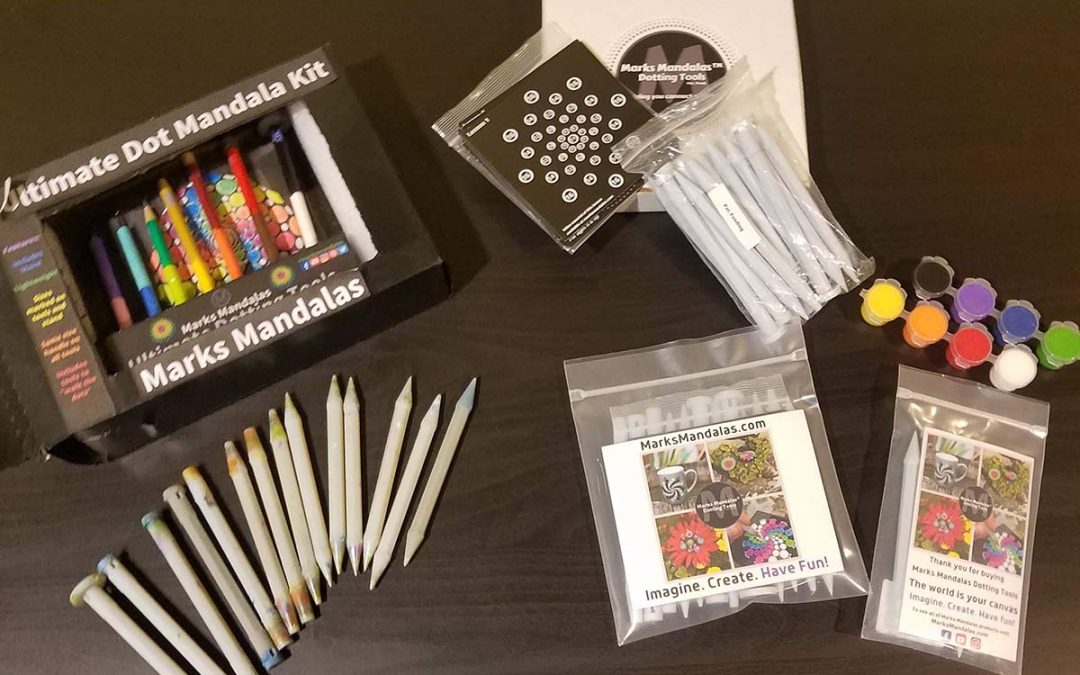 When Mark Ostheller applied to be part of the first Build It NOW series in 2017, he had one failed product under his belt and had noticed a gap in the marketing with new product opportunities.  “When I started in the Build It NOW program, I wasn’t thinking a product – I just knew that I had a thousand followers on Facebook in a month watching me.  It got me thinking that there must be something in this realm. I didn’t have a particular idea – I just knew people were paying attention to me as I was doing this dot art.”  Painting rocks with dot mandalas was a hobby he had picked up during the summer of 2017 and enjoyed doing.  So, he began posting videos on YouTube and Facebook as he was learning to do it.  It wasn’t something he had really done before, but just dived in and started doing it to learn.

It is a field that was ripe for new products and opportunities.  Mark’s evolution from seeing an opportunity to building a prototype is one the Build It NOW Program was designed to help would be inventors or any individual with an idea to follow.  The program takes six weeks, during that time, you learn from experts about the innovation process as well as, how to protect your idea, build prototypes, talk to potential customers and determine if its’ an idea worth pursuing.

During the first weeks of the program back in 2017 Mark went form using found objects (like transfer Punches from his local hardware store) to building prototypes out of wood dowels and plastic bits.   He tried these out to determine what worked for him, then without giving away exactly what he was doing he sent out surveys to those who were following his progress on social media to ask them what they needed.  “I really thought that portability was going to be the biggest issue with the tools and I was focused on my early prototypes making something that would solve that problem.  I am glad to have learned through Build It NOW how to survey my potential customers – I would have made the wrong product!”

In the end, Mark went on to build out his first prototype of tools during the six weeks that were designed well enough to start talking to manufacturers.  Within a year of finishing the Build It NOW program, Mark had signed a licensing deal with a local company to help him manufacture and sell the product.  Since then he has sold thousands of Mark’s Mandalas Dotting Tools and has moved on to creating his next product in the category – the Hex Hive.  “So much of what I learned from the Build It NOW program has helped me to handle the challenges I faced on my Dotting Tools and preparing me to take the right steps for the next one.”  You can see more of Mark’s story and his product at www.MarksMandalas.com